Before I left the hostel I stayed in, I happened to meet a retired psychotherapist at the lounge where I was chatting with a bunch of girls who've been traveling. I asked about his work and he said he worked with violent men who had abused or assaulted their partners or ex-partners.
He mentioned that according to a CDC study his work led to men not going back to violence 75% of the time. That is, if a man court ordered to do this 3 to 6 month long program, stayed in it, he did not go back to violence 75% of the time. The ones who went back typically belonged in 2 categories:
1. the ones who had been extremely violent before the program, and
2. the ones who binge drank (> 5 beers, or 5 shots of hard alcohol at one time)
Since this was a bunch of young girls, he asked: "So, do you know who to stay away from?". "Who?" "Men with control issues and men who drink too much". I asked for clarification about how young girls would identify control issues and the girls offered a lot of tips: the guys who want you to dress a certain way, or know exactly where you'd been and who you spoke to, the ones who force you to do things you don't enjoy. Also, the ones who make you feel crazy because you felt and shared the concern that something wasn't right about his behaviour. The psychotherapist also mentioned that when girls had controlling parents, they were more vulnerable to get into such relationships because they didn't catch the red flags quickly, since that behaviour was normal for them.
(I had asked too many questions at this point and I had to assure him that I was in the best of relationships and my husband was kind, caring and very supportive and that I was *super* lucky to have that. I told him, convincingly, that I'd like our young girls at Pudiyador and beyond to know what they must watch out for, and that domestic abuse was sadly still rampant in my part of the world - In India, 57% boys and 53% girls think wife beating is justified)
He then told me that the best thing to do for a person in an abusive relationship was to
1. stay in touch with her and
2. encourage her to stay in touch with her other close friends and family
Controlling men typically try to isolate their partner and not have them enjoy relationships with other close friends and kin. He said that even if the girl in an abusive relationship isn't ready to move out of the relationship at this point, she will need the support structure of friends and family if she ever decides to move out.


This conversation with a holidaying retired psychotherapist, at the hostel lounge, completely unrelated to the summit I was attending, ended my 3 days in Washington DC for the ‪#‎StateOfWomen‬ and ‪#‎Gender360Summit‬.

January 12, 2010
Incidents on the second day of being a child again. *** It's true that grownups like nice weather too, but they only think and ponder over it while we, it seems, drink it in. Grownups too, like a bright morning, but for us, it is frozen wine - it's as if we were made drunk by it. When I was a grownup and I saw snow, I already anticipated the slush. I felt the damp overshoes and wondered whether there would be enough coal for the winter. And joy, it was there too, but sprinkled somehow with ashes, dusty and grey. But now, there are thousands of sparks inside me. It's as if someone sprinkled diamond dust in my soul and along the ground. *** It's a stern punishment - the corner. I'm weak; sitting in the seat bothered me; I leanded back; I couldn't sit straight. Now I have to stand. *** It's a pity that the wonderful game was spoiled so. Wonderful?! How meager is man's language. But then, what can you say? *** How many windows are we allo
Read more 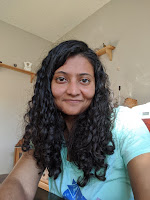 So, for those of you who don't know, after working there for 9.5 years, I quit Google in Feb 2020 and have just hit my 2 months off-work anniversary! An excited me, the first Tuesday I was off work - after having woken up without an alarm at 5:30am!  I quit the full time software engineering job so that I could move closer towards working in the education and/or women's empowerment space - two areas I've been working on, on the side, for the last 19 years. I've always known that I wanted to work on these issues full time at some point in life. But why did it take me so long? One of the problems was that I didn't know what exactly I wanted to do in that space (I still don't, I've done a bit of many things I'm very interested in over the years) but I thought I needed to know an exact plan of action before I could quit the known career. I had to learn over the last many months at my job that I had to free myself from the giant that was occupying al
Read more

June 29, 2016
Programming for Adolescents I was at the ‪#‎ Gender360Summit‬ today, on Engaging Adolescent Girls and Boys in Achieving Gender Equality and Combating Gender-based Violence. This was a side summit to the ‪#‎ StateOfWomen‬ summit I attended yesterday. I met a wide variety of people today. Folks who work on dealing with victims of gender based violence, folks who work in refugee camps and in an oppressed border city, to provide services to children and prevent evils like child marriage and female genital mutilation. This is super hard work in super hard circumstances. I heard folks talk about adolescent education and how it was crucial for adolescent programs to be designed by them, and keep them involved them in every step of the way. Even in monitoring and evaluation, they know the best questions that need to be asked to see if change was being made in the right directions. Folks who worked in economics and said that one way to sell the idea of women working on the national
Read more