June 29, 2016
I heard Warren Buffett, President Obama, Michelle Obama and Joe Biden speak today, live at the first ever United State of Women Summit. A special mention of the two eleven-year old girls who are changing the world Marley Dias and Mikaila Ulmer. Each of these and so many others spoke with utmost clarity and conviction about their causes, dreams and realities. Here's what I remember from each talk...

Joe Biden said that his dad told him that the cardinal sin was to lift a hand to hurt a women, and that it was the worst kind of abuse of power. He said it is the culture needs to change, since the laws were in place and not enough. He said his work would be done when not one woman who was assaulted ever felt guilty that it may have been her fault and not one man ever thought that a woman "had it coming".

Mikaila urged us all to dream like a kid and introduced President Obama.

President Obama said he knew we were all there to see Michelle, that birth control was now free because of the affordable care act which couldn't treat women differently, and that the next generation thought that "discrimination was for losers". He looked like a feminist : :) 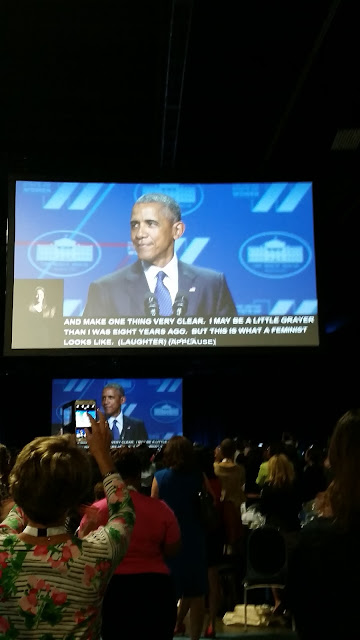 Warren Buffet said the one graduation ceremony he accepts to speak at are the 10000 Women project by Goldman Sachs and he really likes those graduates best. He was also bullish on women, and, the anonymous winner of the lunch bid was a woman this year! 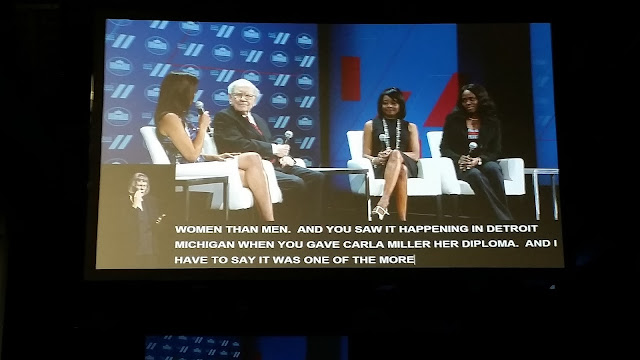 Michelle Obama said we have to spend time to get to know ourselves, prioritize what we spend our time on to stay on track, and be authentic to who we are. She also urged men to "be better". Better fathers, better husbands, better employers and just better at everything. 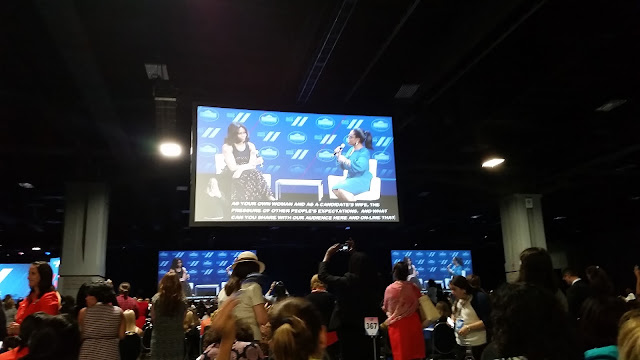 I had a lovely time, interacted with so many inspiring people, and have a lot of new connections that I need to strengthen. I am inspired!

Been getting a lot of spammy comments recently, so switching to moderated comments. Will approve your comment if you aren't a bot :)

April 25, 2020
So, for those of you who don't know, after working there for 9.5 years, I quit Google in Feb 2020 and have just hit my 2 months off-work anniversary! An excited me, the first Tuesday I was off work - after having woken up without an alarm at 5:30am!  I quit the full time software engineering job so that I could move closer towards working in the education and/or women's empowerment space - two areas I've been working on, on the side, for the last 19 years. I've always known that I wanted to work on these issues full time at some point in life. But why did it take me so long? One of the problems was that I didn't know what exactly I wanted to do in that space (I still don't, I've done a bit of many things I'm very interested in over the years) but I thought I needed to know an exact plan of action before I could quit the known career. I had to learn over the last many months at my job that I had to free myself from the giant that was occupying al
5 comments
Read more

January 12, 2010
Incidents on the second day of being a child again. *** It's true that grownups like nice weather too, but they only think and ponder over it while we, it seems, drink it in. Grownups too, like a bright morning, but for us, it is frozen wine - it's as if we were made drunk by it. When I was a grownup and I saw snow, I already anticipated the slush. I felt the damp overshoes and wondered whether there would be enough coal for the winter. And joy, it was there too, but sprinkled somehow with ashes, dusty and grey. But now, there are thousands of sparks inside me. It's as if someone sprinkled diamond dust in my soul and along the ground. *** It's a stern punishment - the corner. I'm weak; sitting in the seat bothered me; I leanded back; I couldn't sit straight. Now I have to stand. *** It's a pity that the wonderful game was spoiled so. Wonderful?! How meager is man's language. But then, what can you say? *** How many windows are we allo
4 comments
Read more

June 29, 2016
Programming for Adolescents I was at the ‪#‎ Gender360Summit‬ today, on Engaging Adolescent Girls and Boys in Achieving Gender Equality and Combating Gender-based Violence. This was a side summit to the ‪#‎ StateOfWomen‬ summit I attended yesterday. I met a wide variety of people today. Folks who work on dealing with victims of gender based violence, folks who work in refugee camps and in an oppressed border city, to provide services to children and prevent evils like child marriage and female genital mutilation. This is super hard work in super hard circumstances. I heard folks talk about adolescent education and how it was crucial for adolescent programs to be designed by them, and keep them involved them in every step of the way. Even in monitoring and evaluation, they know the best questions that need to be asked to see if change was being made in the right directions. Folks who worked in economics and said that one way to sell the idea of women working on the national
1 comment
Read more